Video games have always been a popular pastime in this world. Their future is bright, yet there are definite changes coming to reflect the tastes of today’s video game players. The newest development in their evolvement is cloud-based.

The technology used to stream TV shows for services such as Netflix and Hulu is the same technology that is making video games cloud-based in the near future. There are benefits to cloud gaming, including consumers no longer having to purchase software programs for this use. With video games becoming increasingly social by the day, cloud gaming will make it easier to allow for multiplayer functions and makes sharing relevant videos and pictures that much easier.

Cloud-based video gaming in the future

While players will benefit from cloud-based video gaming, so will manufacturers. This allows them to charge fees for subscriptions to specific games. It also saves them money, as they can avoid producing gaming software, an undertaking that can become quite expensive. Electronic Arts is one video game manufacturer that is likely to see some financial benefits from offering subscriptions while cutting down on the cost of producing hardware. 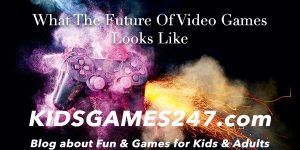 The video game industry has always been extremely successful, and cloud-based platforms are expected to make it even more successful in the coming years. There is an expectation that cloud computing will make video games more appealing to a growing number of demographics that may not have been interested in it before.

Thanks to 5G Internet speeds, cloud-based gaming may eventually surpass traditional video game software and become society’s new normal. One of the current problems with this type of gaming is that latency isn’t what it should be. 5G technology is expected to eliminate this problem in the future. As of now, many Internet users experience 4G speed, which is not always fast enough to support cloud-based video games so that players get the maximum level of satisfaction out of them. With a 4G connection, latency is generally at 10 milliseconds, but 5G is expected to reduce that to 0.5 milliseconds of latency.

The benefits of 5G technology include the ability for players to access older games on brand new devices. This saves game manufacturers time and money because it eliminates the need for them to avoid remaking older video games to upgrade their video quality to HD. 5G technology will also allow players to run video games on computers that may not have previously had the correct specs for a particular game.

Cloud-based gaming and G5 are set to change the ways in which video games are distributed by manufacturers and enjoyed by players in the coming years.

We also want to give a recommendation from a site where you can find a wide selection of game rules. They just wrote a post where they list the top five best card games for kids. When you need a break from your screen but still wants to play. Card games is one of the best thing you can do.

Welcome to Kidsgames247.com! Here we write about all sorts of games, not only for kids. So don’t let the domain name fool you. We love all sorts of video games, browser games, computer games and money games.

Note that we sometimes write about gambling related money games NOT suited for anyone under the age of 18. We can not take responsibility for who reads this blog. If you wish to explore only kids games, then please see that specific category. We hope you find some interesting games and reading!